My birth name is Ray Dean Thrasher while my adopted legal name is Eric Kurt Schweig. I was born in Inuvik NWT in 1967 and moved south to Ontario with my adoptive family in the early 70s. Although I was forcibly detached from my Inuit culture I always knew I was Inuit in my heart and I knew I had a real mother somewhere. So as a youngster I was among other subjects, prodigiously sketching pictures of Inuit mothers with their babies and carving Inuits in kayaks from the plentiful albeit “knotty” white pine in the area. I “graduated” from my adoption experience and moved away from home when I was 16 and began acting in film and television in my 20s. My first big role was in the movie “The last of the Mohicans” alongside of Daniel Day-Lewis, Russel Means, Madeleine Stowe, and Wes Studi and my acting career has been evolving since. Eventually aspiring to continue carving, I began a formal apprenticeship with Vern Etzerza a Tahltan carver from Telegraph Creek BC in 1998 and I have been carving traditional and contemporary Inuit masks ever since. In 2018 I was told by my friend and Salish totem pole carver Gerry Sheena about Rolf Bouman and Friends United. In 2021 I did join the Friends United Initiative as I love mentoring youth and fellow artists. Friends United is a one-of-a-kind experience in Canada and I’m very proud to be part. 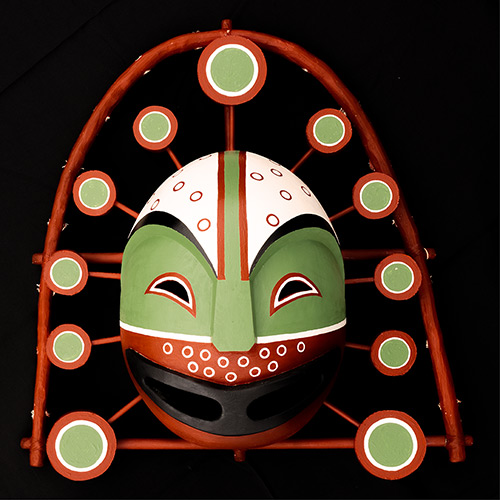